TM: The span that was the most intriguing to me was my freshman year. And that’s because of all the incidents that were taking place around college campuses dealing with the Vietnam War and the Anti War movement. And protests, as a little ol’ Clayton boy, coming out of a pretty small, rural, area, you know I was a..a big fish here, you know, in a small pond, as they used to say, but when I went to Potsdam State it was an awakening; my eyes got opened because I saw the evolution back then of a movement on a college campus of .. anti war and protesting and it’s like watching a young child develop, you know what I mean?… and it happened fast. Once there was also another incident called the Chicago Seven and a couple guys, Abbie Hoffman and Jerry Rubin were going around college campuses speaking about not trusting the government and challenging the status quo, at the time, and that it was time for a youth rebellion, time for the youth to stand up, so it was a very unique time in my life because of my eyes being opened to a larger scale and Potsdam certainly isn’t a huge campus, but yet in the Potsdam area you had St Lawrence University, Potsdam State University, Clarkson University, and then you had Canton ATC, so you’ve got four colleges within ten miles and that was a hot bed of back then a very liberal revolution… you know the push for change, and protest. 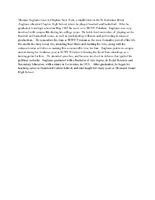 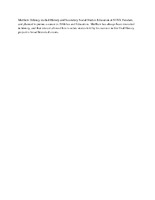