LBL: Well, the nice thing about Potsdam is that it was then, I don’t know if it still is, it was a music school, Crane music school, so the musicians that go there are excellent, and we had a band down there called The Group, and it was made up of white guys, and they played a lot of soul music, Sam & Dave, Temptations, so when they were playing, we were there, and a lot of people were there, cause the music was very nice. So we didn’t have, maybe the radio station, you know, because you didn’t get WABC, and you didn’t get WWRL, you just got a local radio station.
JS: Did you have a school radio station?
LBL: Yes, yes we did. I believe we did, in fact, one of my friends, Keith, I can’t think of Keith’s name, but Keith was a, he worked in the radio station, and that was probably when I was maybe a junior or a senior. So it began to change, the 60s brought in soul music, R& B, became proper, and going downtown to the bars, there was always Wilson Pickett, James Brown, and everybody liked a good mix of music, so there was no problem with the music at all. 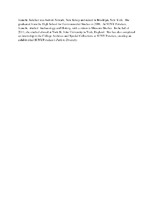 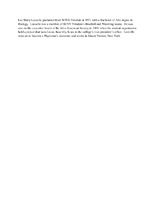